Does Google know everything?
in Earth Science

Erfisflat 1637 Pts September 2018
I've come across a problem recently while trying to get globe earth proponents to snap out of their trance, and come to the realization, as I have, that there is no curvature to the earth. I'll try my best to explain it in a way that even a third grader can understand, because frankly, the site seems to be littered with third graders. No competent adult has argued for the globe as of lately.

You can pull up a Google search engine from laptops, a smartphone, a desktop PC, a Mac, or a tablet, amongst others. When "googling" something, nearly everything you ask, Google, within a second, will give you an accurate answer. You can ask Google, "what is the distance between Japan and Greenland, and in under one second, Google will tell you: 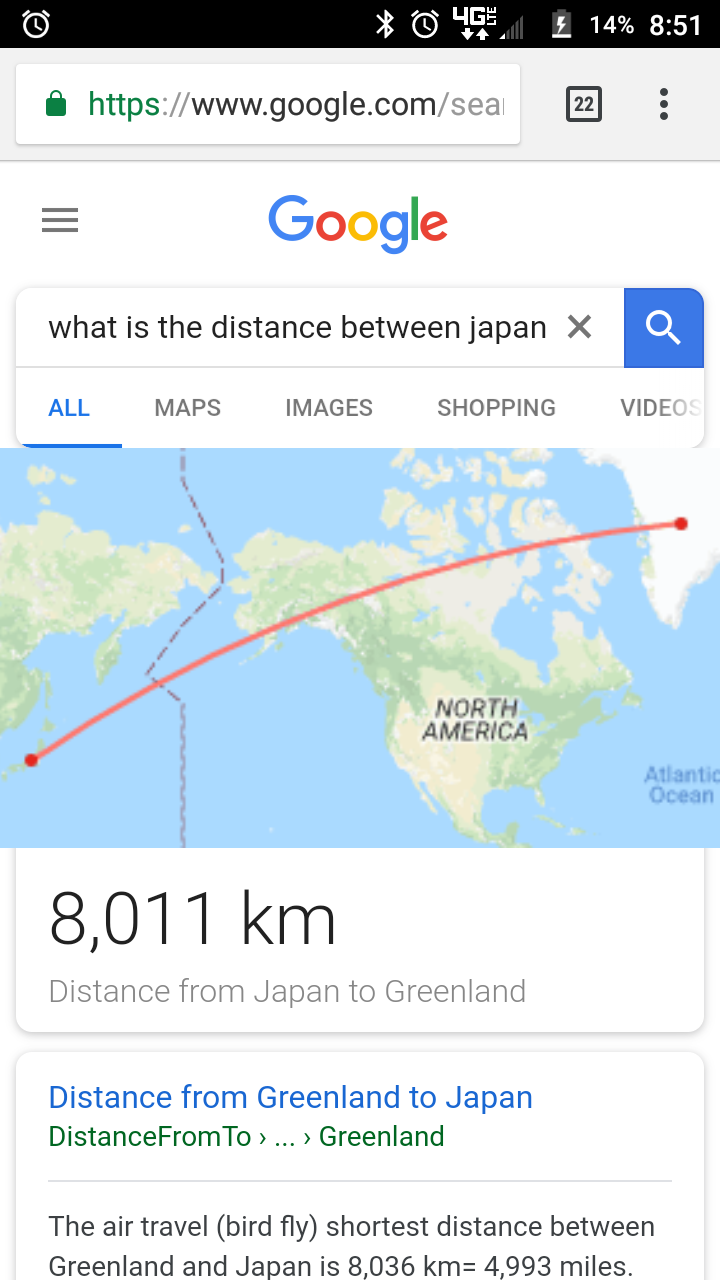 You can, within a click or two, determine the miles, kilometers, or even nautical miles between those locations, and more.

You can even ask Google questions like: what are the dimensions, in inches, of the Washington monument? Within a second, you have your accurate answer: 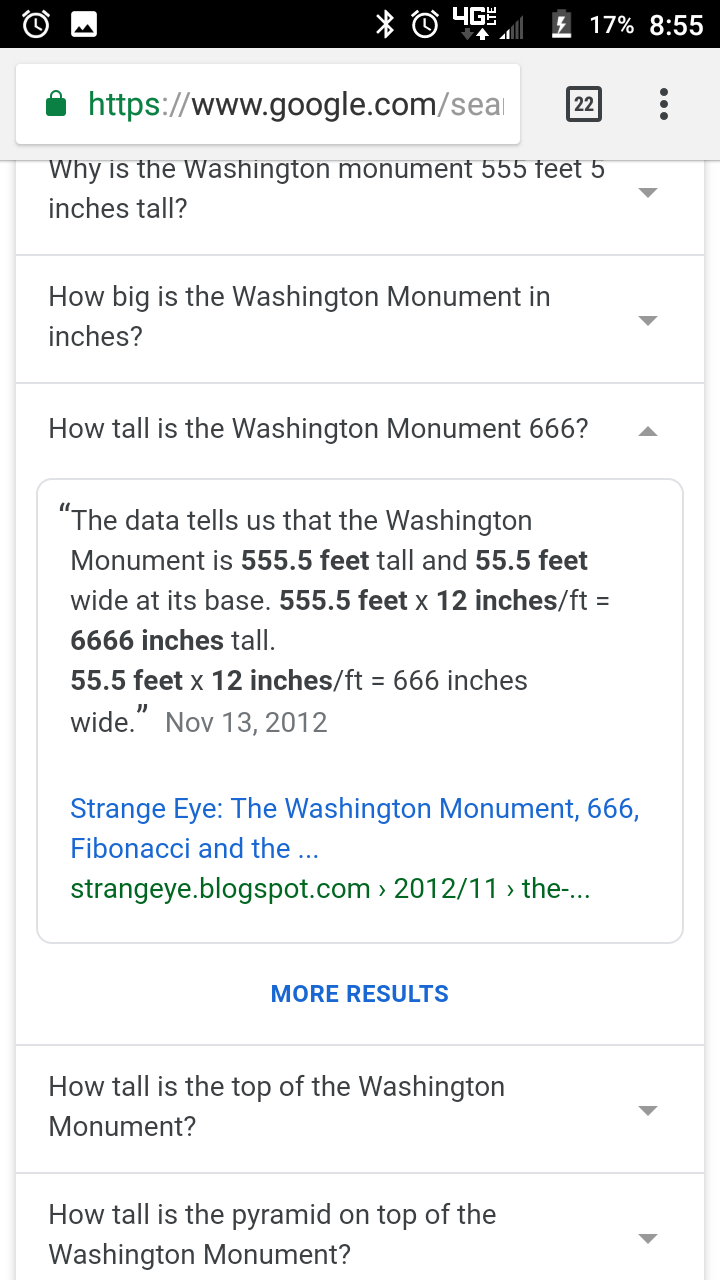 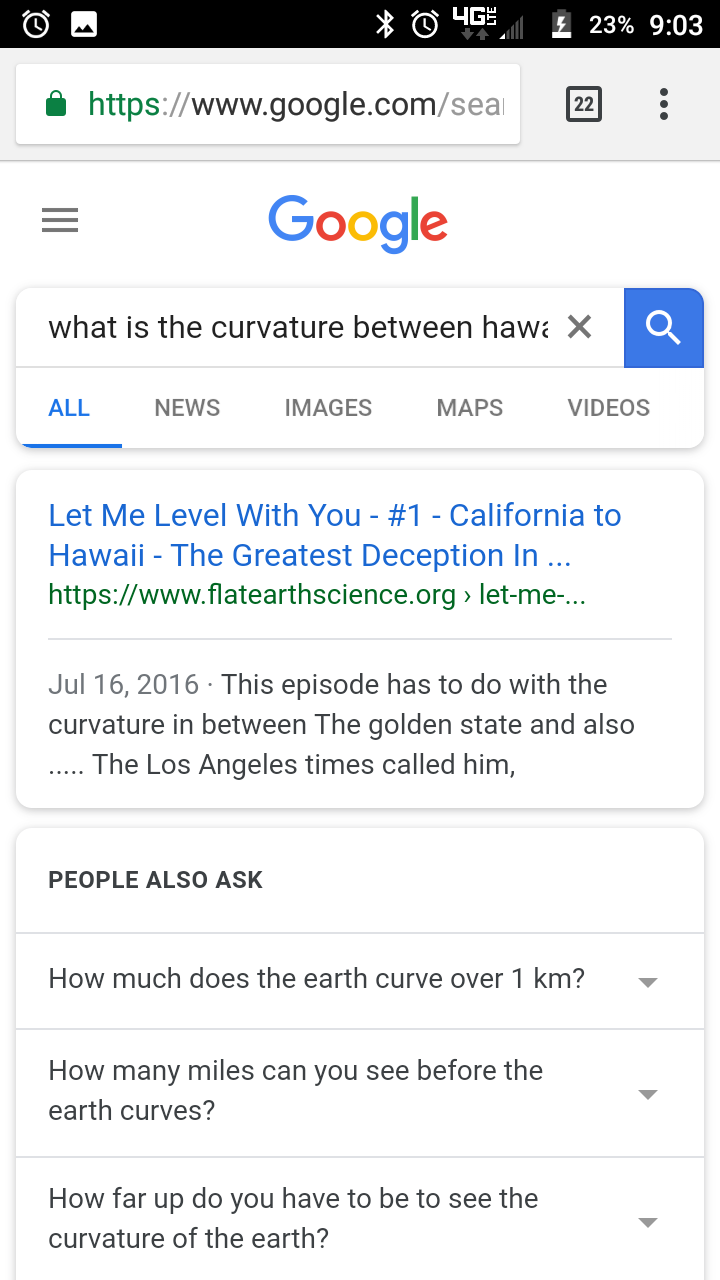 So, does Google not recognize that there is curvature between Hawaii and California? It appears so. So, until Google recognizes that the earth is or isn't a ball, I'll have to rely on calculating that alleged curvature the old fashioned way.